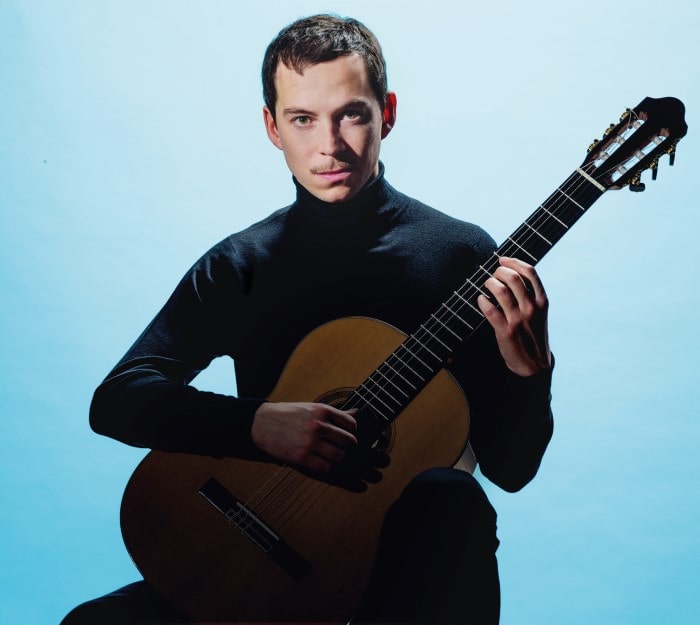 A gifted guitarist goes to the cinema …

You may not have heard of him, but Thibault Cauvin, 36, born in Bordeaux, is probably the most successful French classical guitarist who currently fills concert halls around the world. His latest album of film music covers is a great way to immerse himself in his eclectic work and his mastery of the six strings.

Young Thibault first plucked the strings of the guitar at the age of five, with musical influences going far beyond classical – his father is a guitarist / songwriter and there were varieties of jazz, rock and world music that floated around the house as he practiced.

Cauvin studied at the illustrious Conservatories of Bordeaux before perfecting his skills at the National Conservatory of Music and Dance in Paris.

Numerous national and international awards followed and then he hit the road, touring the world and sold out among the world’s greatest classical music venues, including Carnegie Hall in New York and Queen Elizabeth Hall in London.

Films, released in April, include some really left-wing cover choices including Nancy Sinatra Bang Bang (My baby shot me), the theme song of Drive and even Deliverance Banjo Duel. Marvellous!