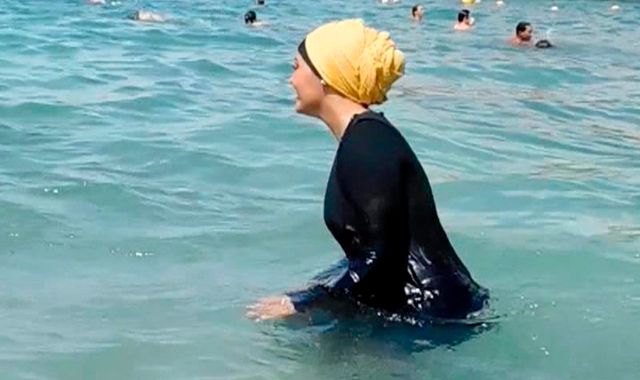 Women in the French city of Grenoble should not be allowed to wear full “burkini” swimsuits in public swimming pools, a high court has ruled.

The decision overrides a decision made a month ago by the city council to allow burkinis.

Cover-up swimsuits – which only show the face, hands and feet – are often worn by Muslim women who wish to preserve their modesty for religious reasons.

But Grenoble’s decision drew criticism from conservative and far-right politicians who said it would undermine Franceof the principle of secularism in public life.

The country’s government challenged the council’s decision and a lower administrative court suspended the measure.

Grenoble then took the case to the country’s highest administrative court, the Council of State, which upheld the earlier court ruling.

After the latest decision, Interior Minister Gérald Darmanin said the Grenoble law had been “definitely annulled”. He called it “a victory for… secularism and above all for the Republic”.

The town hall of Grenoble declared that its main objective was to guarantee equal treatment for all users.

Dress rules at public swimming pools in France are strict for hygiene reasons, authorities say. Caps must be worn and loose swimsuits are generally prohibited.

Burkini proponents claim that some women would choose, or be pressured by loved ones, to stay away from public swimming pools if they were not allowed to wear the body-covering garment.

There is currently no national ban in France, but they are banned in many public swimming pools across the country.

The leader of the far-right National Rally party, Marine Le Pen, who was Emmanuel Macron’s runner-up in April’s presidential elections and also did well in Sunday’s legislative electionssaid he wanted to pass a law banning the burkini in municipal swimming pools.

The UN has called on France to lift burkini bans that began in 2016, with spokesman for the UN High Commissioner for Human Rights Rupert Colville saying the bans ‘fuel religious intolerance and the stigmatization of Muslims”.