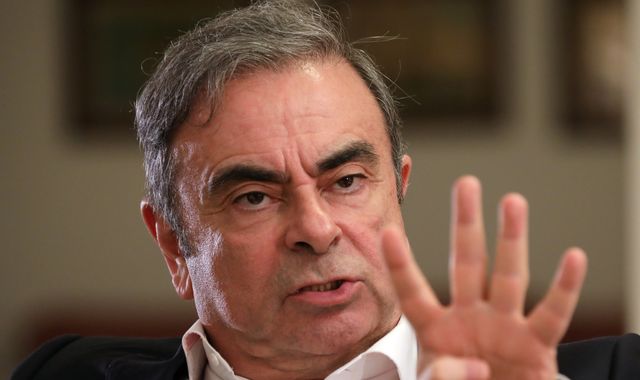 Ousted global car boss Carlos Ghosn said he was “surprised” by reports French authorities had issued an international arrest warrant for him.

Local media also said an investigative judge had issued five international arrest warrants – against Ghosn and the owners or former directors of an Omani vehicle distributor.

They allegedly alleged that Ghosn funneled millions of dollars in Renault funds through Suhail Bahwan Automobiles for his personal use, including the purchase of a 120ft yacht.

The local Nanterre prosecutor has not yet commented on this information.

He remains the subject of an Interpol warrant that prevents him from traveling outside of Lebanon – the country that has proven sanctuary since his dramatic escape from Tokyo in December 2019.

Ghosn was originally arrested in November 2018 for embezzling Nissan money for his own benefit and underreporting his future earnings.

He strenuously denied the allegations and said he skipped bail – and ultimately the country – because he would not have faced a fair trial.

The elaborate escape plot saw the auto industry executive smuggled out inside a case meant for music equipment.

A US special forces veteran and his son later admitted playing a crucial role in his flight to safety and were jailed by a Tokyo court last July.