Netflix has struck a three-year deal with French film guilds to invest 40 million euros ($45 million) each year to fund French and European films. The deal also marks the first deal between a global streamer and the French film industry that will cut their cinema window in half.

About 4% of Netflix’s annual revenue made in France will now go to financing films made in France and Europe, with at least 30 million euros earmarked specifically for French-speaking films. The deal was first announced in January and is now official.

In addition, these films will now be able to be broadcast on Netflix 15 months after their first premiere in French theaters, which is reduced by a 36-month window. Netflix will also have an exclusive seven-month window on all of these films.

France’s strict windowing rules have proven controversial in the past whenever Netflix wanted to present one of its films at the Cannes Film Festival, which required films debuting there to be shown in French theaters for a long time. before being streamed.

“This agreement is a new step towards our virtuous integration into the unique ecosystem of French cinema. This reflects both our constructive contribution to the AVMS negotiation process and our commitment to being part of the French cultural exception,” the streamer said in a statement. “Netflix is ​​now able to offer films 15 months after their theatrical release. This is a significant improvement for our members who have had to wait 36 ​​months until now. Netflix will, however, continue to promote an earlier window for better reflect the actual viewing habits of consumers.

Netflix also plans to invest at least 17% of its annual contribution in low-budget films, or those with a budget of less than 4 million euros, and they will also have to invest in at least 10 films at the pre-financing stage. . .

The agreement was concluded with the BLIC (Liaison office of the cinematographic industries), the BLOC (Liaison office of the cinema organizations) and the ARP (Civil society of authors directors producers), and it is the only one that a streamer has yet concluded with the three French film guilds, and they are the only European country to conclude such an agreement with a streaming platform.

Netflix previously signed a similar deal with French broadcasters for investments in series and movies. 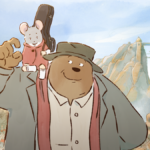