If it had happened a year ago, French director Audrey Diwan’s plausible horror ‘Happening’ – about a young single woman in 1963 France desperate to get an illegal and unsafe abortion – would have been received as a serious work of art, a period piece reminding us of the dangers of romanticizing the past.

It would have been received the same as Romanian director Cristian Mungiu’s 2007 “4 Months, 3 Weeks and 2 Days” or Eliza Hittman’s 2020 film “Never Rarely Sometimes Always.”

Moviegoers would have known, and it would have been appreciated, but it wouldn’t have been the main criticism of that section of the newspaper.

And if the good people advertising “Firestarter” had been more timely sending preview screens of their product, they might have relegated it to a secondary position, despite the leak of a certain draft review. of the United States Supreme Court.

While more people will undoubtedly spend money to see “Firestarter” this weekend, there’s no doubt that “Happening” is the most important movie.

That’s because “Happening” isn’t particularly political, at least not in the sense that it offers any particular agenda. It’s a deeply personal episode from a particular life told in a direct way without much moralizing, almost journalistic in its factual character.

It is based on “L’Evenement” (“The Event”), a semi-autobiographical short story – some call it a memoir – published by the famous French writer Anne Ernaux in 2000 about her illegal abortion when she was a student at Rouen.

A year later, an English edition was published. I read it and was impressed by its clear and precise prose, and I remember wondering how precise the translator Tanya Leslie was in capturing the tonality and rhythms of the original French.

Ernaux supplemented her memory work with passages from a diary she kept at the time. It is a truly marvelous book; to read it is to marvel at the mixture of courage, self-awareness and performative courage of the bookish protagonist.

In the book, the former Ernaux often steps in to comment on what she did then and how she felt later. It works in print, though it takes the strain off – we know Ernaux survived to write the book. Although my memory of the book is imperfect, this seems to be the only major change Diwan and his co-writer Marcia Romano made to their adaptation. Otherwise, the film is remarkably faithful to the book, right down to the beats and pacing.

Anne (Franco-Romanian Anamaria Vartolomei) is young, but at 23 barely a child. She is studying literature at a high and serious level, which would be analogous to graduate school in this country. She lives in a dorm and can come across as wise, even somewhat shy – certainly less flamboyant than some of her friends, but neither good nor bad. She’s smart, ambitious, and not ready to get married, not ready to be a mother.

Abortion will not be legal in France until 1975.

Her doctor (Belgian screenwriter Fabrizio Rongione) doesn’t mince words. “The law is ruthless,” he says. She, and anyone who helps her, faces jail if she has an abortion. And the procedure is not safe – every month women die an agonizing death.

Maybe she won’t carry the baby to term, she thinks. Maybe she’s going to have a miscarriage. The doctor assesses him coldly and says nothing. He can’t do anything for her. She should accept that.

But she can’t, so like millions of other women before and since, she sets out to take care of it herself.

She doesn’t really know where to turn and her friends don’t offer much in terms of female solidarity. It’s like it’s a game, and anything that gets Anne out of it benefits them.

Diwan and cinematographer Laurent Tangy use a square aspect ratio that is both reminiscent of films of the era – particularly French New Wave films – and suggests the canned quality of the predicament of Anna. As on-screen titles mark the progress of her pregnancy, she grows increasingly desperate and upside-down. Men try to exploit her, women judge her smugly.

Vartolomei has a way of conveying silent desperation without shaking, a way of letting terror creep softly into his intelligent eyes. His schoolwork suffers; she remains motionless and silent and intense, with an animal alertness to the ticking of the clock. She visits her parents; she doesn’t say anything to anyone.

“One Monday, I came back from [my parents’] place with a pair of knitting needles that I had bought one summer with the intention of making myself a cardigan,” writes Ernaux in his short story. “Two long, shiny blue needles. 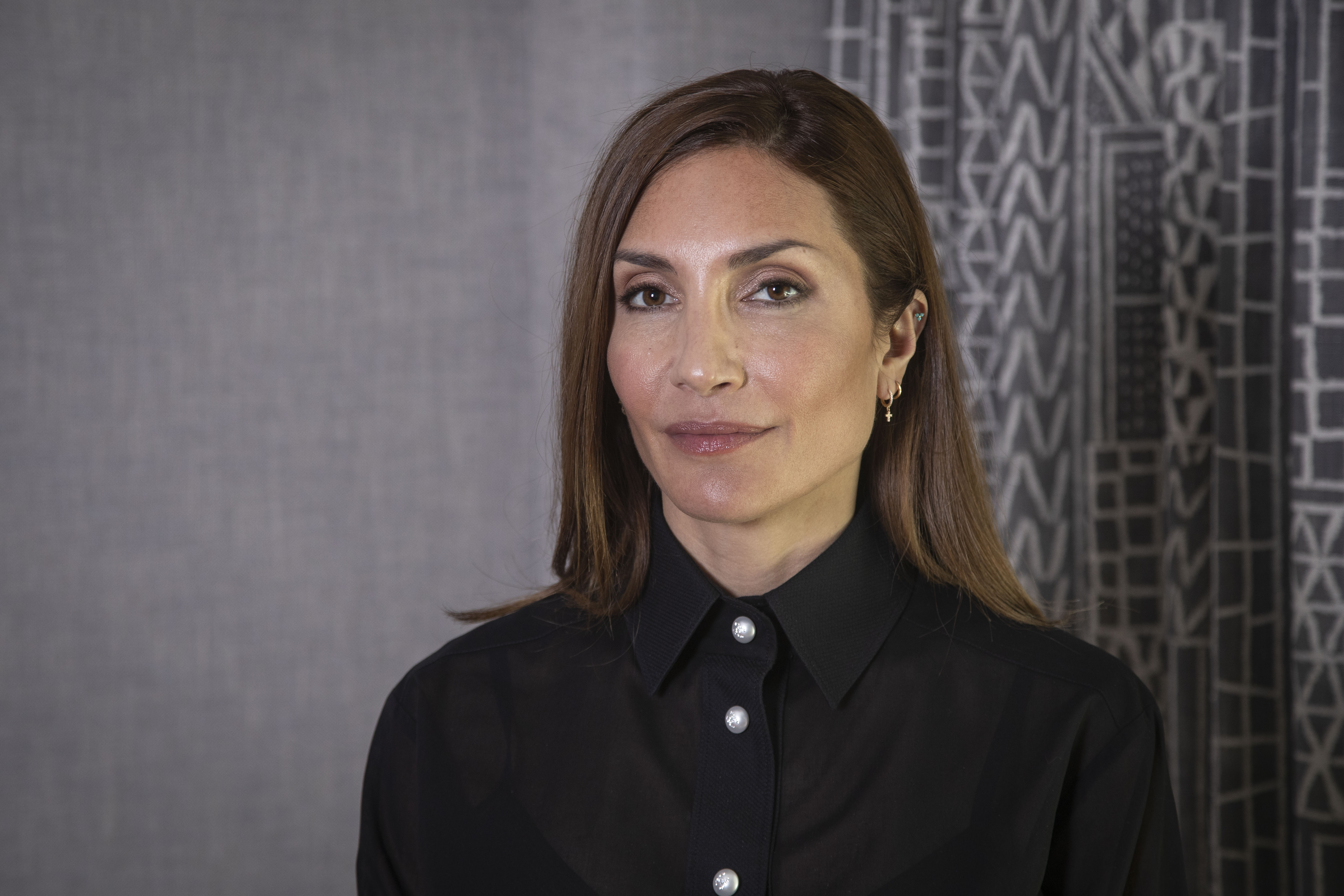 In French with English subtitles 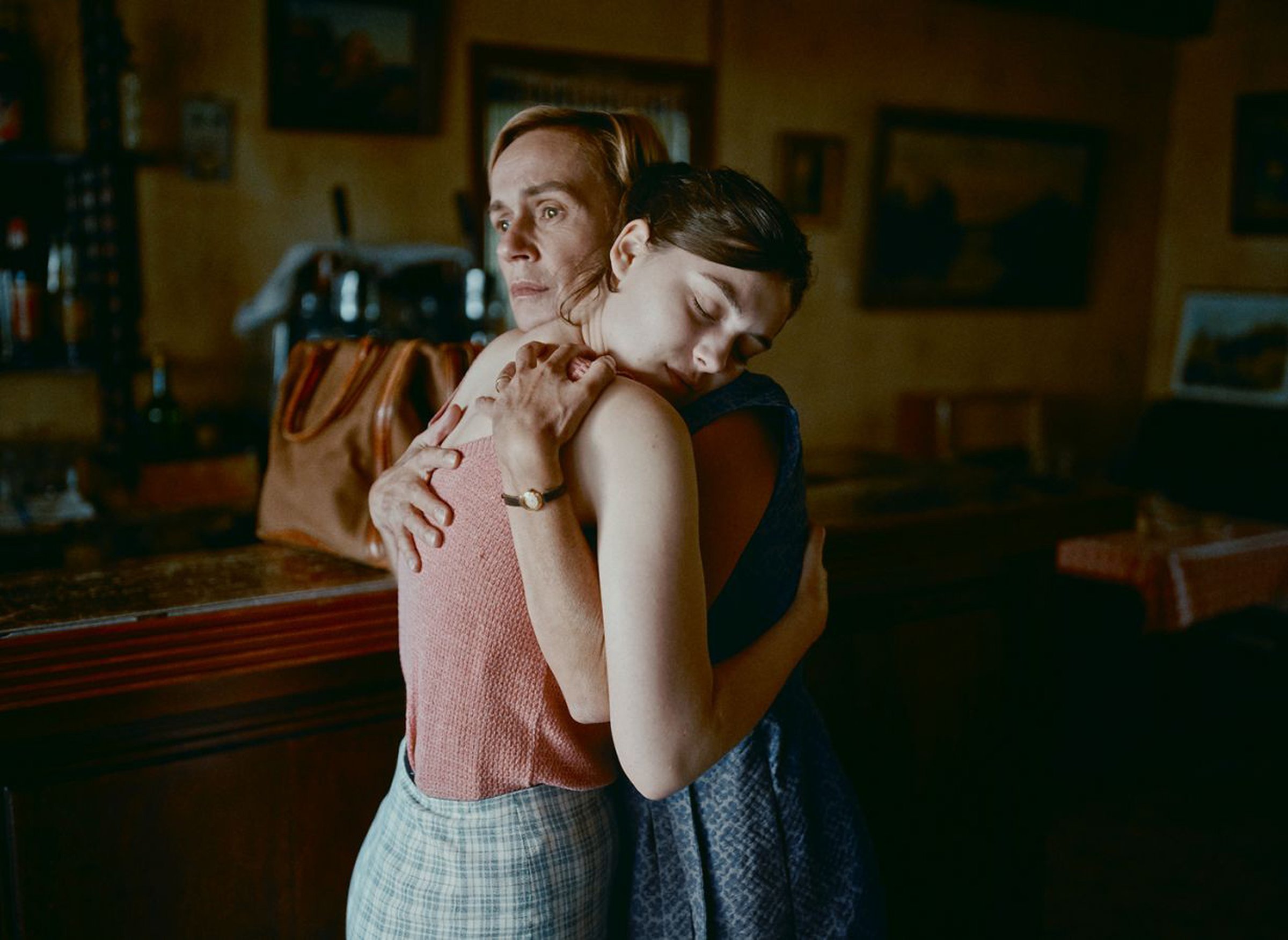 Provincial working-class daughter Anne (Anamaria Vartolomei) is comforted by her mother, Gabrielle (Sandrine Bonnaire), when she returns home from college for a brief visit to Audrey Diwan’s “Happening.”